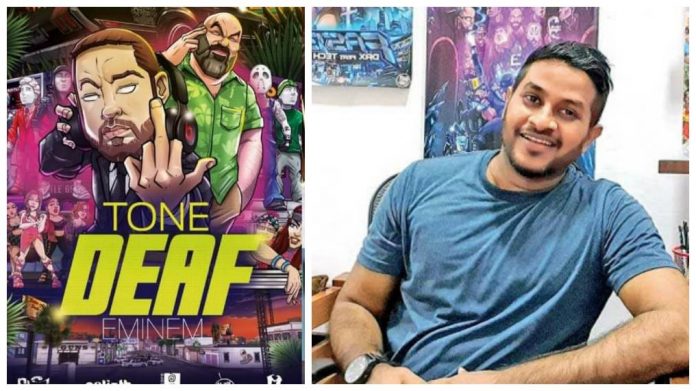 The track is a single from Eminem’s new album ‘Music to be murdered by’.

Randy is from the Media Production Company ‘Meraki United’ operating from Sri Lanka.

He is said to have completed the entire animation for the lyric video in 20 days.

The lyric Video of ‘Tone of Deaf’ has already reached over 3 million views on YouTube within just 2 days of it being uploaded. (NewsWire)