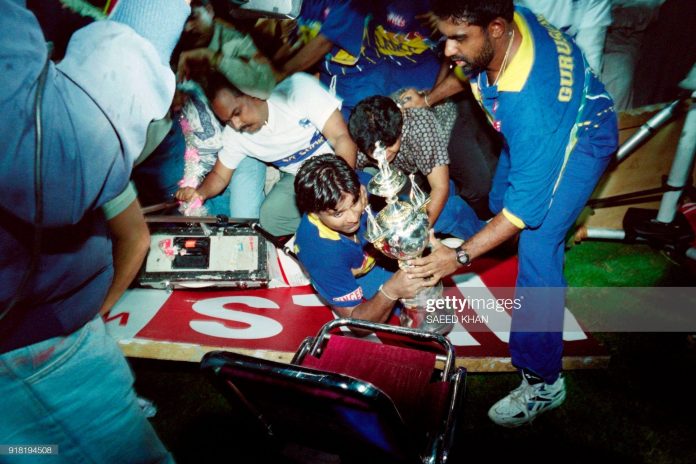 Players of Sri Lanka cricket team that won the Cricket World Cup 1996, was received their medals today from the Prime Minister Mahinda Rajapaksa.

The event is organized to mark the 25th anniversary of the historic victory on 17 March 1996 against Australia at the Gaddafi International Cricket Stadium, Lahore, Pakistan.

The medals were sent by the ICC to award players but they were remained at SLC for the last 25 years, a spokesman of the PM office told Sinhala daily, Mawbima. 1996 Cricket World Cup victory is considered as the highest ever achievement Sri Lanka cricket team has ever made. (NewsCenter)