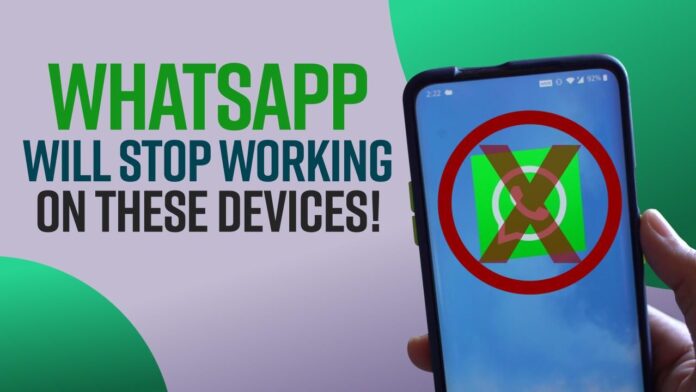 WhatsApp will stop working on 43 smartphone models in November. Is yours on the list?

Over the last few months, WhatsApp has been rolling out an array of new features, such as Joinable Calls, disappearing messages and stickers.

Come November 1, however, the social media app will not be available to a large number of old smartphone models — specifically, those with an operating system equal or lower than iOS 9 for iPhone and equal or less than Android 4.0.3.

Such devices will no longer receive support from the application since they do not have the scope to support the updates. The Facebook-owned app noted that the move is being undertaken in order to provide optimal service for its users.

It further recommended that users opt for Android phones running OS 4.1 or higher — or iPhones running iOS 10 and higher.

Here’s a complete list of devices that will be affected:

The popular messaging app has suggested that soon-to-be-affected upgrade their smartphones in order to continue using the app.

What WhatsApp users with old and outdated phones can do

If there is an update available to Android 4.1 or Android 4.2 or any version of Android after that, updating your app should allow you to keep using your phone.

Meanwhile, your iPhone SE, iPhone 6S are supported until iOS 14 and will most likely receive iOS 15 before November, so users should download and update to the latest version to continue using WhatsApp. If you have an older model like the iPhone 4s, you will no longer be able to use WhatsApp after November, according to the report.