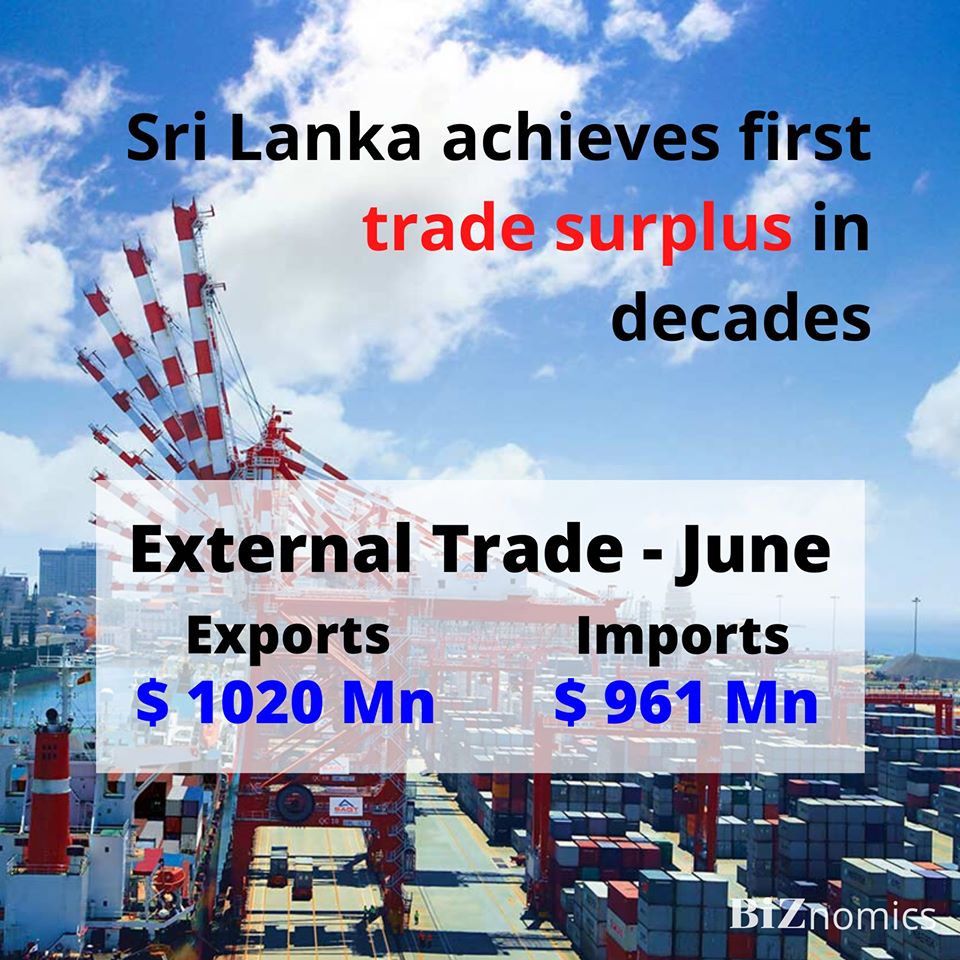 The cost of imports into the country have, for the first time in decades, dropped below export earnings in June 2020 leading to a rare trade surplus, President Gotabaya Rajapaksa informed the Cabinet this week.

In a detailed explanation to the Cabinet of Minister, the President said the import bill for the month of June was kept at $ 961 million, due to the restrictions on the import of non-essential goods into the country.

Co-Cabinet Spokesman Romesh Pathirana said that the favourable turnaround in economic indicators was due to Government policies aimed at strengthening local industry and reducing over dependence on imports.

“This Government is encouraging domestic industry and restricting imports and we can see favourable signs already, even though there has been a big impact on the economy due to COVID-19,” he told reporters at the weekly Cabinet press briefing. Since April this year, the Government has suspended the import of over 100 items deemed as non-essential.